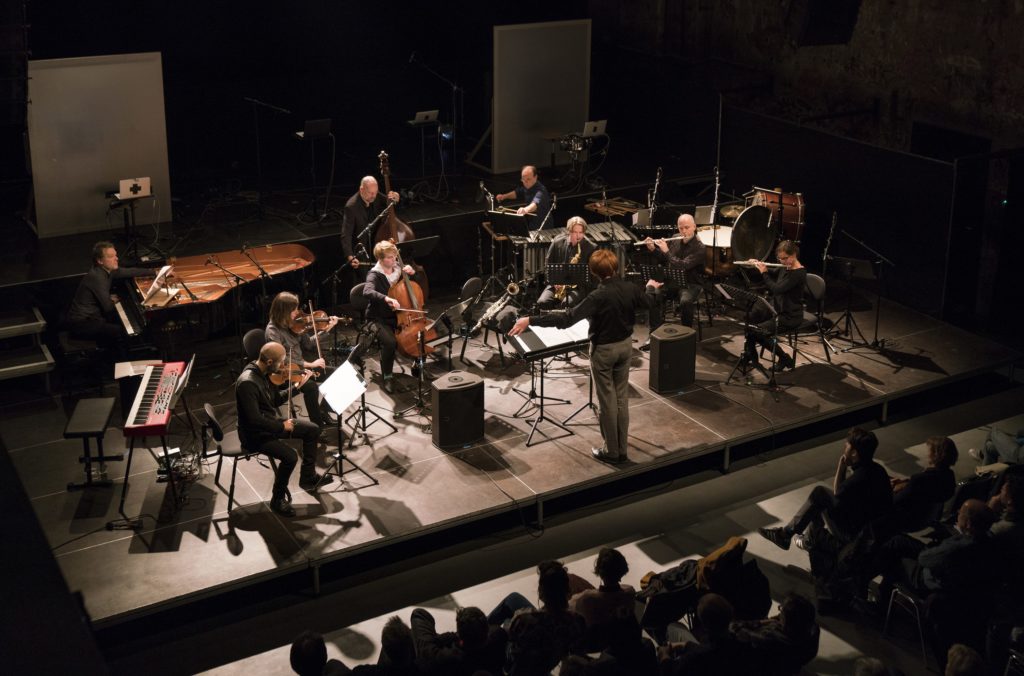 Kaj Duncan David Some pieces for Keyboard, Violin and Lights (2017) 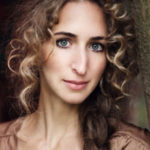 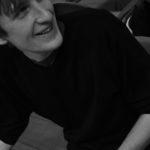 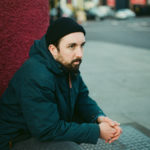 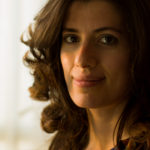 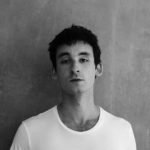 Grégory d’Hoop graduated in 2009 at the Royal Conservatory of Brussels as recorder musician with great distinction in the class of Frederic de Roos and as bachelor in composition at the Royal Conservatory of Mons with great distinction in the class of Claude Ledoux. He continued his studies at the UdK in Berlin, where he graduated in 2011 recording and composition in 2012, each time with the greatest distinction. He currently lives and works between Brussels and Berlin, where he continues his formation with Kirsten Reese (Meisterschüler).

The Lebanese composer Bushra El-Turk, a student of Julian Philips at the Guildhall School of Music in London and Michael Zev Gordon at Birmingham University, was selected by the BBC as one of the most inspiring 100 women of the world. Her pieces have been performed by renowned ensembles like the London Symphony Orchestra,the Birmingham Contemporary Music Group and the Royal Opera House. Her music is infuenced by her Lebanese roots and builds a bridge between Eastern und Western music idioms to invent her own musical language, which is ironic, arresting and of limitless imagination.

Sarah Nemtsov was born in Oldenburg in 1980 and began composing when she first started music lessons, at the age of seven. She studied composition with Nigel Osborne, Johannes Schöllhorn and Walter Zimmermann (Masterschueler exam with distinction), as well as oboe with Klaus Becker and Burkhard Glaetzner in Hanover and Berlin. Since 2007, however, she has devoted herself exclusively to composition.

She is award winner of many competitions (2016 RicordiLab composition competition, 2013 Busoni composition prize and 2012 German Music Authors Prize GEMA) and fellowships from various foundations (such as Villa Serpentara Italy and Berlin Senate). For Sarah Nemtsov, literature plays an important role as a source of inspiration; her recent works are exploring simultaneous and chaotic forms, in search of an “urban sound in music”, also involving electronics.

Nemtrsov’s piece white eyes erased is a condensed revision of the work “white wide eyes” written for the Ensembelkollektiv Berlin, a project uniting the four Berlin based ensembles Mosaik, Adapter, Sonar and Apparat resulting in a composition for 23 musicians divided into four groups.

Feliz Anne R. Macahis (b. 1987) is a Philippine-born composer whose works have been performed in America, Europe and Asia. Her works were recently performed in the Asian Composers League Young Composers’ Prize and the NEXT GENERATION, program for students of music and composition of the Donaueschingen Musiktage. She is a Deutschlandstipendium recipient for SY 2014/15; winner of the Composition Competition for “Neue Musik und China,” project in Cooperation with the Konfuzius-Institut an der Universitaet Hamburg, the Deichtorhallen Sammlung Falckenberg, and the Trio Catch; and 1st prize winner of 2015 Vareler Kompositionspreis. She received grants and commissions from the Fundación Musica AntiquaNova (Argentina), Manila Composers Lab- funded by the Ernst von Siemens Musikstiftung, Conseil des Arts et des Lettres du Québec, Conseil des Arts du Canada, and Hannoversche Gesellschaft für Neue Musik.

Kaj Duncan David works at the intersection of electronic music, audiovisual installation and notated composition. Light as a totally integrated musical voice plays a central role in much of his work. Using computers, lights, video and other electronic and mechanical instruments in careful scenic dispositions, he creates solo and ensemble works, as well as installations and performances, where the sonic and the visual merge into a single musical and sensory gestalt. In collaborative settings he devises audiovisual situations for dance and experimental music theatre. His work is regularly presented at international festivals for new music.

The 5 pieces are short loops and atmospheres for violin, keyboard and lights. They explore different connections between the two instruments and four light sources. The lights are controlled via analysis of performance data.