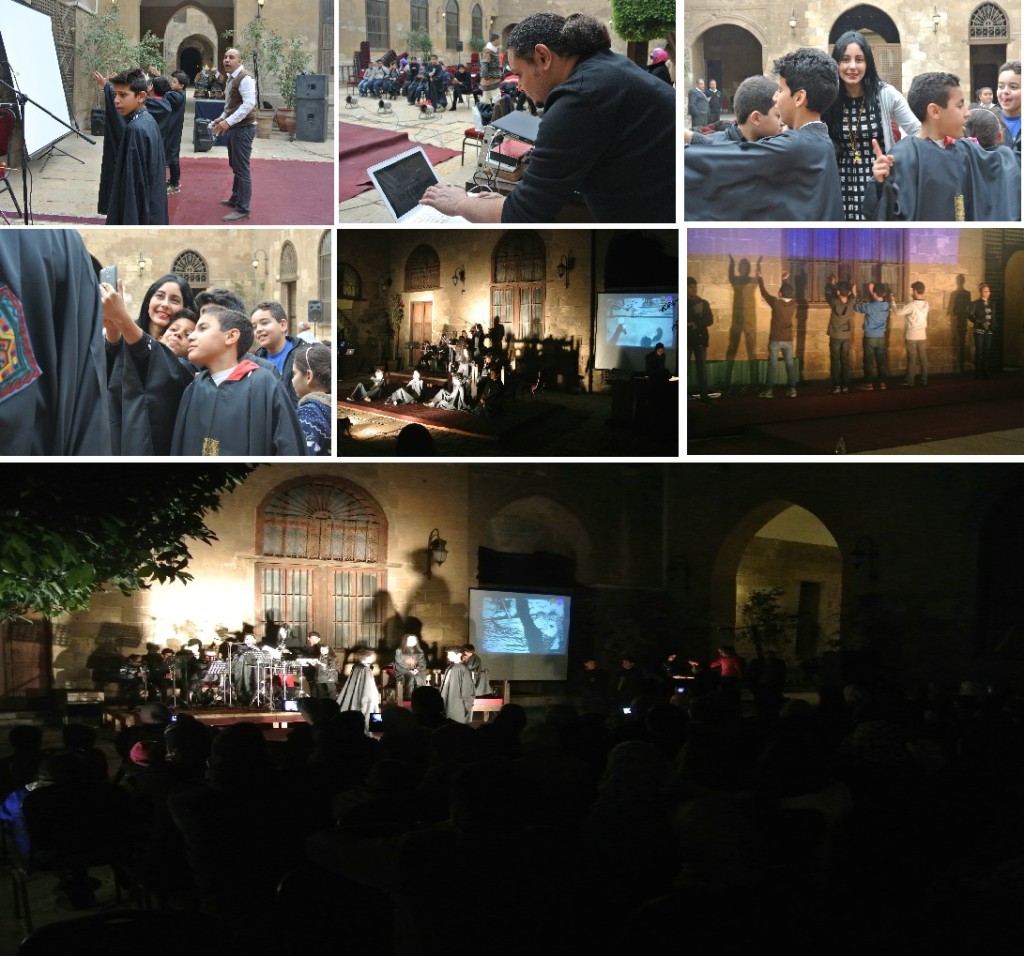 All academic activities are free of charge

The EUROPEAN-EGYPTIAN CONTEMPORARY MUSIC SOCIETY is hosting a number of master classes and lectures allowing the students of the Cairo Conservatory  and other Music Institutions in Egypt a deeper insight into the language and techniques of the Music of our time. 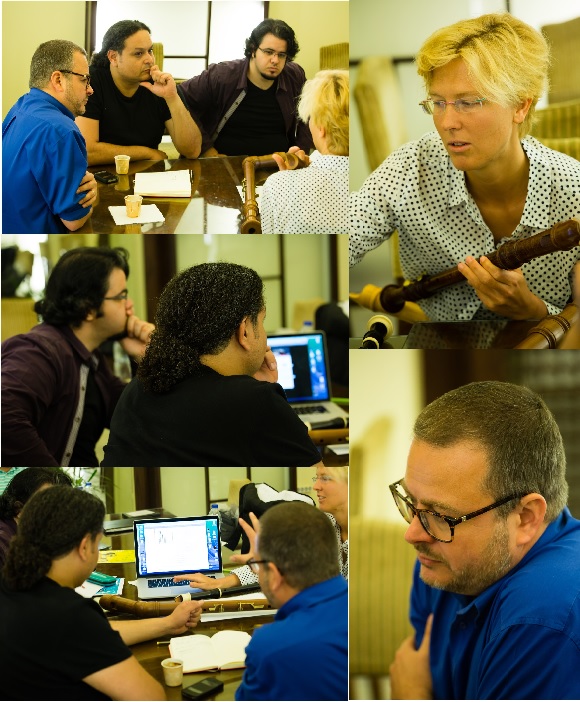 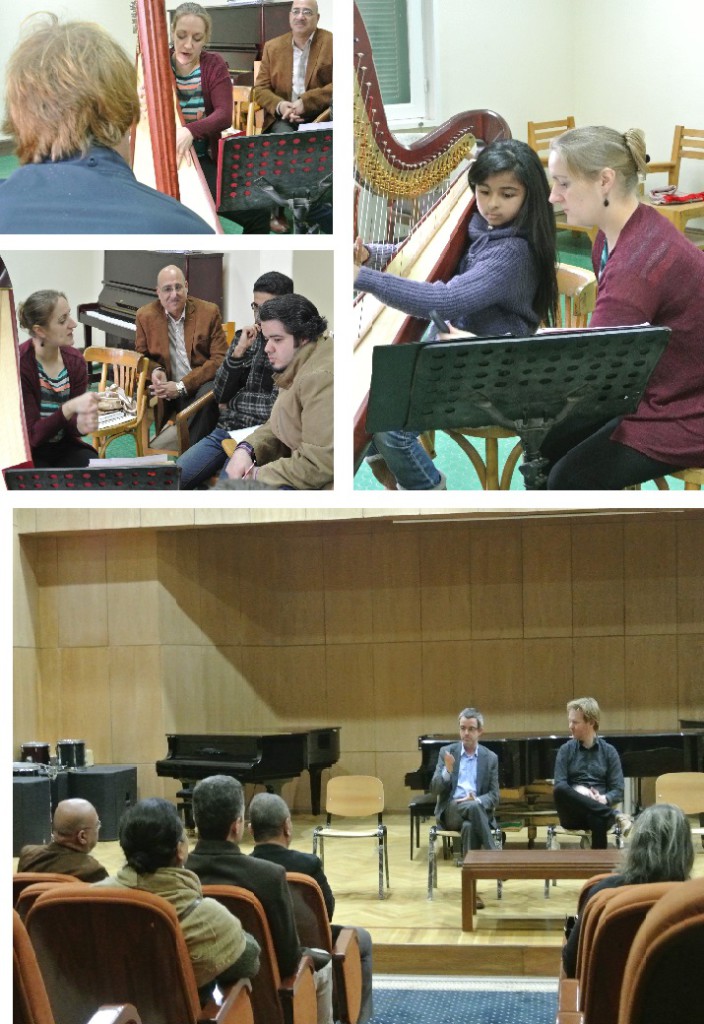 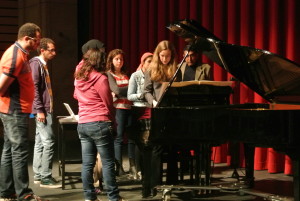 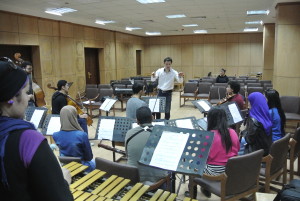 Sunday, 20 May, Cairo Opera House , 11 am
Percussion Workshop
Members of the Slagwerk Den Haag Netherlands
(How we work and what can we do together) Since its founding in 1977 the musicians of The Hague Percussion have focused on performing and developing contemporary percussion music in its most diverse forms: from existing repertoire, via a large number of new commissions and ongoing collaborations with composers, to researching the furthest limits of organized sound. As a specialized ensemble The Hague Percussion has built up and maintained a leading position, both nationally as well as internationally; a position, which over the years has brought them to virtually all European countries, the United States, the Middle East, Japan and Korea.
The repertoire of The Hague Percussion stretches from the earliest composed works for percussion ensemble to the large percussion sextets of Iannis Xenakis and can be characterized by an unremitting curiosity into the nature of sound. During the course of its 30 year existence the group has actively contributed to the creation of new repertoire, working together with several of new music’s most prominent pioneers as Mauricio Kagel, John Cage, Karl-Heinz Stockhausen and Steve Reich.

Sunday, 20 May, El Hanager Theatre,
Cello Workshop with Contemorary Violincello Works
the cellist Francis Marie Uitti – Netherlands
Open to all Strings Players and composers.
The Composer and performer Frances-Marie Uitti pioneered a revolutionary dimension to the cello by transforming it for the first time into a polyphonic instrument capable of sustained chordal (two, three, and four-part) and intricate multivoiced writing. Using two bows in one hand, this invention permits contemporaneous cross accents, multiple timbres, contrasting 4-voiced dynamics, simultaneous legato/articulated playing, that her previous work with a curved bow couldn’t attain. György Kurtág, Luigi Nono, Giacinto Scelsi, Louis Andriessen, Jonathan Harvey, and Richard Barrett are among those who have used this technique in their works dedicated to her. Collaborating with avant-garde artists such as John Cage, she has also worked closely with Iannis Xenakis, Elliott Carter, Brian Ferneyhough and countless composers from the new generation. She regularly plays at festivals such as the Biennale Di Venezia, Strasbourg Festival, Gulbenkian Festival Ars Musica, Holland Festival and for radio and television programmes in Europe, Japan, and the United States, and works with various musicians, filmmakers, DJs and video artists.
Frances-Marie Uitti has written for the Cambridge Companion to the Cello, Contemporary Music Review, MusikTexte and Tempo magazine. As a pedagogue, she has given lectures and master classes at practically all the major European conservatories and many universities in the USA. She has recorded for ECM records,Wergo, BVHaast, Mode, Hat-Hut and ICP.

Thierry Pécou was born in 1965 in Paris, Thierry Pécou began studying the piano at the age of nine and continued his studies at the Paris Conservatoire Supérieur, where he won First Prizes in Orchestration and Composition. Regularly appointed for residencies around the world, He was a member of the Casa de Velazquez in Madrid and in residence in Russia, as part of the Villa Médicis Hors Les Murs Prize, and has made his extensive travel a source of inspiration for his music.

Jürg Stenzl was born 1942 in Basel. He studied Musicology, German Literature and Philosophy at the Sorbonne and the university of Bern. After graduating on the the “fourty Clausulae of the Paris Manuscripts”- a work on 13th Century music – he was rewarded a doctor’s degree by the University of Bern. From 1969 until his qualification as a professor in 1974 he assisted the well known organist and musicologist Luigi Fernando Tagliavini. From 1980 until 1992 he was assigned as an adjunct professor at the university of Freiburg in Switzerland. In 1992 and 1993 he the artistic manager of the renowned Austrian publishing house Universal Edition in Vienna, where he was qualified as a professor for the second time. His career as a musicologist includes lecturing at the universities of Graz and Harvard as well as heading the Institute of
Art, Dancing and Musicology in Salzburg. Jürg Stenzl published over 150 articles, thematically ranging from medieval music to modern composers like Bartòk, Schönberg and Stockhausen. He is also the author of a book on the work of Luigi Nono published in 1998.

Tuesday,22 May, Malak Gabr Theater – New Cairo.5.30pm
Meet the composer with Dr. John Baboukis
For the first time the students of the Cairo Conservatory will have the possibility to watch an ensemble working with the composers on their new works. Questions and discussions are highly appreciated.

2011
Within the framework of the activities of the Cairo Contemporary Music Days, and in collaboration with the American University in Cairo, and with the support of the Egyptian Ministry of Culture and many governmental and international institutions, the European-Egyptian Contemporary Music Society is pleased to announce a number of workshops with visiting artists and participants of the ceremony from April 28 to May 3, 2011.
1. Slagwerk Den Haag Percussion Instruments The Hague
2. Neue Vocal Solisten Contemporary Vocal Soloists Stuttgart
3. Alex Garrobé Guitar Barcelona
4. José María Sánchez-Verdú Music Composition
All workshops and concerts are free of charge