The EECMS introduces “Music Talks” series in the Cairo Contemporary Music Day’s 5th edition which is a series that promotes the general and essential knowledge of music development which comes from a strong belief in the importance of understanding the progress in the field which has led the technologies to be part of it and of the creations of most of the sound artists and electronic music composers. This is in relation to the developed theory which has led to current complexities of music composing in general. The series of music talks and lectures welcome everyone. 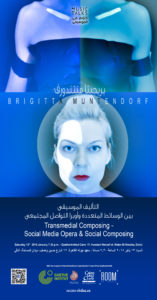 &In collaboration with Goethe-Institut Cairo

The Beginnings of “New music” in Darmstadt, Germany, after World War II

Dr. Doris Koesterke is the guest of honour of the Cairo Contemporary Music Days Festival’s 5th edition and in which she will be hosted in many events and talks where she will focus on the development of music generally and after WWII specifically.

Born 1958 in Celle, Northern Germany. After school I trained to be a music teacher including singing, piano and classical guitar.Later on I studied musicology, philosophy and history and wrote a doctoral dissertation about John Cage. Since then I have worked as freelance journalist for Newspapers as Frankfurter Rundschau, Wiesbadener Kurier and Frankfurter Allgemeine Zeitung, for various musical journals and broadcast stations with a focus on both ancient and contemporary music. 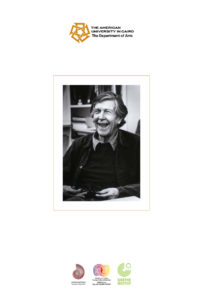 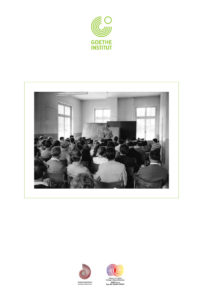