Another Highlight in February 2014. 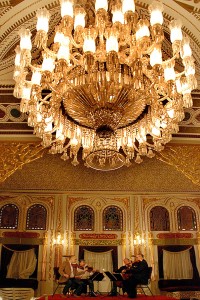 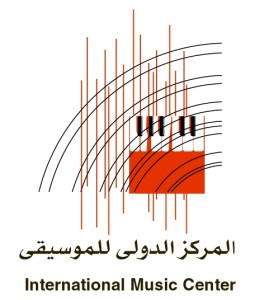 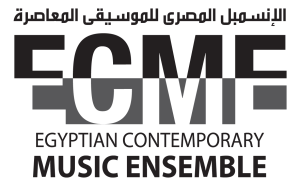 ( The EECMS will Provide Free Tickets for Students whom will send an email to contact@eecms.eu until January 21st with their name and email address)

How can the originality of one’s own folk music be merged with the spirit and the form of a European art music tradition? Not only the composers in both political and cultural upheavals of nowadays’ Egypt ask themselves this question, the Hungarian Béla Bartók also engaged intensively in this subject more than a century ago. It was preceded by extensive research into simple “peasant music” connected with an elaborate search in his Hungarian home country and throughout the Balkans for an original music that existed in remote areas far away from urban culture, and unaffected by the transformations of European music history. In the Balkans, Bartók found a crossover of various forces and manifold audio material: The Hungarian composer brought home more than 6000 tunes from his research trips, which he had collected using a phonograph. This audio material also offered Bartók a rich source for his own work as a composer.

The attempt to create a synthesis of age-old traditional folk music elements with European art music – the German music tradition with Bach and Beethoven, as well as Debussy’s progressive treatment of the harmonies – can be discovered in Bartók’s comprehensive, six-volume piano cycle Microcosm which he composed between 1926 and 1939. In the 153 pieces Bartók experiments with pentatonic , whole-tone and modal harmonies, sets contrasts by using diatonic as well as octatonic-chromatic scales and mixing different modes. Partly, Bartók leaves the original melody untouched, only giving it a different rhythmic or harmonic structure.

Just like Bartók his compatriot György Kurtág finds a form of musical expression in miniature and a way to synthesize traditional European art music with new forms and techniques of composing such as the serial technique. It is Bartók’s music – and thus the reference back to folk music – that often modeled for his composing, but also Schumann seems to have played a role in Kurtág’s musical thinking. In his Hommage à R. Sch. op 15d from 1990 he makes use of the unusual cast of clarinet, viola and piano and makes obvious reference to Schumann’s Fairy Tales. Kurtág, who was born in 1926 in the town of Lugo which is nowadays part of Romania, dives into the masquerade of the German Romantic Robert Schumann. In six character pieces, which partly only comprise a few bars, Kurtág brings Schumann’s fictional “Davidsbündler” characters to life, with which Schumann once disguised his opinions in the Neue Zeitschrift für Musik: the energetic Florestan, the dreamy Eusebius and the prudent Meister Raro. Kurtág here combines a quote by the Hungarian poet Attila József with Schumann’s music and alludes to the 14th century isorhythms of Guillaume de Machaut. And even the Kapellmeister Kreisler by ETA Hoffmann turns his pirouettes, while Kurtág incorporates one of his own songs in canonic form.

The Märchenerzählungen (Fairy Tales), a cycle of four movements for clarinet, viola and piano, which Kurtág refers to in his Hommage, are among the last of Robert Schumann’s compositions, just before his attempted suicide in 1854. Schumann, in his truly romantic fondness for literature, fantasy and colourful expression of moods, presents four little stories in musical miniature. Although Schumann often was very distinct about programmatic descriptions, like in his Florestan-Eusebius dialogues, he doesn’t refer to any specific topics or scenes. In this work he gives his listeners the freedom to imagine their own fairytales. And although these four pieces of music seem like a loose collection of individual pieces, they form a complete well-balanced work with a lively introduction, which exposes a lyrical arching melody in the viola accompanied by the piano’s staccato arpeggios, an accentuated march, a slow movement with an intense lyrical duet between viola and clarinet and a finale that brings the fairytale to a happy ending.

György Ligeti, at almost the same age as Kurtág, goes into an opposite direction in the development of a contemporary Hungarian music. Instead of using microforms Ligeti explores complex sound structures. However, the reference back to music traditions plays an important role in Ligeti’s music as well. This is also the case in his piano etudes, which he – according to his own statements – created to improve his own piano skills. In his opinion, though, an etude can be a lot more: “We feel a Chopin melody or accompanying figure not only with our ears, but also as tactile form, as a succession of muscular tensions. The well-formed piano setting produces physical pleasure.” Many composers created not only finger exercises to improve pianistic techniques by writing short etudes; beyond that by inventing new finger movements and techniques they created new soundscapes and ways of musical expression. In his piano etudes Ligeti plays with layers of different rhythms and creates a new dimension of hearing by shifting emphasis and using different tempos.

“[…] The violin leads, the viola remains in the shadow. In return the low C-string gives the viola a unique acerbity, compact, somewhat hoarse, with an aftertaste of wood, earth and tannic acid”, Ligeti wrote in the introduction to his Sonata for viola solo, which he composed in the years between 1991 and 1994. And it is the C-string that he presents excessively right in the very first movement of the sonata. In the style of a Romanian folk song, a Hora Lunga, the violist doesn’t leave the lowest string of his instrument once during the six-minute movement. In this way, Ligeti conveys the simplicity of the peasant song while he demands the musician’s highest technical skills. This first tour de force is followed by five movements inspired by various kinds of folk music from different countries, which is also reflected in their titles in different languages: Loop – English (American), Facsar – Hungarian, Prestissimo con sordino and Lamento – Italian and Chaconne chromatique – French. Sometimes Ligeti focusses on the rhythm such as the jazzy rhythmic variations of Loop, sometimes his focus is on the melody like in Facsar, at all times the composer maxes out the technical possibilities of the viola.

Márton Illés, born in 1975 in Budapest, received his first lessons in piano, composition and percussion in Györ, Hungary. He later studied the piano, music theory and composition at the Basle Music Academy and at the Musikhochschule in Karlsruhe. Important influences were his teachers Detlev Müller Siemens and Wolfgang Rihm. Today, he teaches music theory and composition at the universities of Karlsruhe and Würzburg. His many awards as a pianist and composer include an Ernst von Siemens Music Foundation talent award, the Paul Hindemith Prize and fellowships from the Villa Massimo Rome and the Villa Concordia Bamberg.

In his work Scene polidimensionali X “Vonalterek”, a commission by the Heidelberger Frühling, Márton Illés uses the same cast as his colleague Kurtág: clarinet, viola and piano. The three instruments initially run in three lines (Vonalterek = line spaces) side by side and seemingly drive each other into the high pitches, while increasing their dynamics until the line is interrupted. The following part – with its long, softly commencing notes – serves as a contrast, from which the instruments form individual lines, increase again, unite in a common staccato phrase, to break out wildly again. In the end, the music leads into a unisono line of clarinet and viola that is accentuated by a metallic sound surface of the piano and eventually disappears into nothingness.